5 Things You Need To Know Before Coming To Malaysia

Malaysia has a little bit of everything from Southeast Asia: a diverse culture, mountains, beautiful beaches and bustling cities with incredible food. Our trip to the Ramadhan Buffet in Kajang in Selangor province the last time was indicative of the amazing food available in Malaysia and the many cultures that inspire it. But it’s not your average Southeast Asian destination, and so let’s go over 5 things you should know before travelling to this beautiful country.

Find Out Whether You Need a Visa

In order to enter this entire region, you will need to hold a valid visa, unless you’re from a Commonwealth country like Canada, South Africa, Australia or similar first world countries. Most European countries (double-check with the Malaysian Consulate online) will also not require a visa. However, obtaining the right paperwork and documents can be done online, just make sure you do it early so you are able to depart when you want to. Visitors bearing a visa are allowed to remain in the country for up 90 days, although that may differ based on nationality.

Taxis are plentiful, especially if you’re in Kuala Lumpur, however, despite advertising themselves as metred, many drivers refuse to switch them on. Travel experts Tina Hsia and Jules Kay recommend that savvy tourists insist on metre usage, haggle or avoid the taxis altogether that refuse use them. An even better idea is to use Grab, which is like Uber for Southeast Asia. As long as you have an internet connection you can order a Grab car or even a bike and either pay by credit card through the app or in cash upon arrival.

Malaysians Drive on the Left and Speak English

As a remnant of the old British colonial era, Malaysia was formally made the Queen’s colony in 1867, and the influence has never gone away. As a result, Malaysians still drive on the left, which means you’ll have to look right, left and then right again before crossing. Additionally, almost everyone speaks English. Whether you’re in Kuala Lumpur, Ipoh, or Penang or even some of the more remote islands, you’ll find that almost everyone you meet speaks English. Everything from signs, info stands food menus and other information is, for the most part, also available in English.

While Malaysia allows legal forms of gambling including lottery, horse racing, casinos and others, these have strict laws and regulations tied to them. One stipulation is that Muslims are forbidden by the Quran from gaming. Since the majority of Malaysia’s population, according to Malay law, are Sunni Muslims, locals are not allowed to participate in gaming activities. Asian gaming magazine ExpatBets has a plethora of guides to local gambling scenes, and explains that although it’s forbidden for Malay Muslims, there are rules that govern this type of gaming for Chinese, Christians and other tourists/foreigners. However, even Muslim tourists must abide by the law and refrain from gaming.

Food in Malaysia is cheap, delicious and with the existing cultural diversity you’ll find a large variety to appeal to almost any taste buds. In their feature on Malaysia, The Culture Trip notes how you can enjoy a wide variety of Indian, Chinese and Malay cuisines and even dishes inspired by Indonesian and Singaporean cuisines. Just remember that again, this is a predominantly Muslim country and pork isn’t generally served. On the other hand, if you adhere to Muslim culinary laws, also be aware that “pork-free” in restaurant windows does not necessarily mean it is a Halal establishment.

Everything straight to your inbox

Please leave a comment before you go: Cancel reply 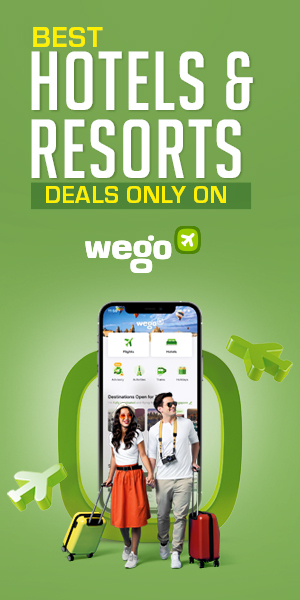 Writer for main tech site, Ohsem.me. Love food, travel and blogging. This website is dedicated to everything about lifestyle, and lots of eating.

For any invitations, events, product reviews, article placements and/or link insertions, kindly email directly to me at azwan[at]ohsem.me

For my tech and gadget blog, head over to www.ohsem.me